Back to all posts

Eyes on the Cross: A Reflection 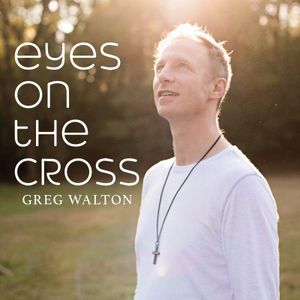 I am super excited to have released Eyes on the Cross, my first ever collection published through OCP.

I’m constantly learning from the Cross. While it’s a sign of our redemption through Christ’s sacrifice, the Cross is also a great example of where love leads.

Why was Jesus on the Cross? Because he loved those deemed unlovable by the establishment to the degree that the establishment said he had to go. The Cross is the rule of life, ‘The Way,’ Jesus reveals. I wonder which is the saving act gifted to us by Jesus on the Cross: Is it the Great Sacrifice; or the ‘Way of Love’ that led to the Great Sacrifice? Can we have one without the other?

What is the work James is writing about? James is writing about love. The greatest lesson of my life is that faith and love are one and the same. God is Love (1 John 4:16). If we are not living love, then we are not in God. The Greek word used for love in 1 John is agape, the highest form of love. It is defined as “loving the other as other,” without the expectation of some ‘moral desert’ in return. (I learned about ‘moral desert’ from The Good Place). So, what does this mean for all of us, especially those of us in pastoral ministry? It is connected to the reason that we have a record number of young people, 85% in fact, disenfranchising from the Catholic faith by the time they are in their early 20s. This is because, on the larger scale, while we place a lot of emphasis on correct teachings, we are failing at the work of love. We are simply “a resounding gong or a clashing cymbal” (1 Corinthians 13:1), and the keen ears of our children don’t appreciate the noise.

I lost my dad, Tom Walton, on January 23 of this year. It was a Thursday. Mom called me in the morning because the doctors had predicted Dad would pass within the day. They live in Winter Haven, Florida, so I got the earliest flight from Nashville to Orlando. It had a 4:00 PM departure. When my boarding group was about to be called, I got a call from Mom, saying that Dad had just taken his last breath. Dad ‘caught a flight’ as I was catching a flight. I called my brother. When I hung up, there was quiet around me, and I was suddenly aware that the people surrounding me had heard my conversations. They were uncomfortable and didn’t know what to do. In that moment, I was something ‘other.’ I stood up with my carry-on, trying to compose myself. No one said a word — most avoided eye contact — except for one guy. He was a short, muscular, Joe Pesci-type character. He had a yellow bag from one of the airport shops in his hand. He looked at the floor, then looked up at me; looked at the floor, and up again at me again. He took a step toward me and waited for a moment. Then, he set the bag down on a chair at our gate, opened his arms to me and said, “Bring it in. Let it all out.” I couldn’t let it all out in the midst of a bunch of strangers in the middle of the airport, but I appreciated the gesture. After our hug, a few others gave me a touch on the arm and a condolence. I boarded the plane to be with Mom.

I finally had a good cry when I was back home over a week later. I woke up and laid in bed. As I looked up at the ceiling of my room, God drew me to see myself in the shoes of my Pesci-esque hugger. Each time I reflect on it, I see a bit more. In my mind’s eye, I am standing there as him, short and muscular. I look over at myself, a tall, skinny man working really hard to manage a hairline parting like the Red Sea. Then, I hear a voice say, “Take a step closer.” I argue with it. I say, “What will everyone think? What if this guy freaks out?” The voice persists, “Take a step closer.” I take a step closer. The voice says, “Set your bag down and hug him.” Again, I protest, but the voice repeats the command, “Set your bag down and hug him.” I set my bag down and hug him. God says to me, “This is what I want from my Church. I want my Church to lift its eyes up from the floor and see the ones who cause discomfort. I want my Church to take a step closer to them. I want my Church to set the bag of goods aside, removing any notion or understanding of ‘the norm.’ I want my Church to open up its arms to all and say, ‘Bring it in.’ When the world sees it, more people will do the same.”

That is the way that Jesus loved. He focused on embracing the disenfranchised that were targeted by hate because they caused some level of discomfort to the people who considered themselves part of ‘the norm.’ Jesus reached out to the targets.

Who were they? They were racial outsiders (Gentiles), people with different faith traditions (Samaritans), those who didn’t walk the fine moral line (tax collectors and prostitutes), the ill and disabled, women. But we’ve gotten past all that in the 21st Century right? Haven’t we?

Look at the distribution of the 7,036 incidents of single-bias hate crimes in the United States in 2018. These are crimes where people were targeted by an attacker that had a bias against them because of who they were.

It’s the same song in a new time signature with paraphrased lyrics. The folks above are those in the world whom we are called to encounter and for whom we are to lay down our lives — the George Floyds, Joyce Fienbergs, Julie Bermans, Nicky Chans (Nicky’s Law) and Pragya Singhs — following the Way of Jesus’ Great Sacrifice. Are we ready? Let’s lift our eyes up from the floor, fix them on the Cross and really see them. Let’s take a step closer. Let’s set down our norms. Let’s open our arms and say, “Bring it in.”

Let’s keep our eyes on the Cross.

If we do, the world see, and upon hearing the joyous song of love, they will join our children and sing along.